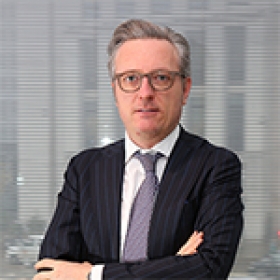 Marco joined Cassiopea Partners in 2009 and has been involved in the execution and in the origination of M&A transactions in sectors such as Business Services, Energy, Pharma, and others.

Marco enjoys a number of relationships with managers and shareholders of SMEs and with Italian and International PEs and other Investors.

Marco has more than 20 years experience in investment banking by having covered different roles and positions in leading international investment banks prior to joining Cassiopea. From 2008 until March 2009 he  worked for JPMorgan in London In the Structured Investment Derivatives Marketing group as responsible for the Southern Europe Listed Derivatives and ETF business. From 2001 until  2008 he worked for Goldman Sachs both in the Milan and in the London office as responsible for the Securitized Derivatives business for the Italian market and as a sales person in the Private Investor Product Group covering retail aggregators and other financial institutions. Previously, from 1997 until 2001 he worked at Cantor Fitzgerald International in London dealing in Government bonds and as a salesperson of the electronic trading platform Espeed.

Marco graduated in Business Administration and Economics of Financial Markets from Bocconi University in 1996 with a thesis on bank budgeting.