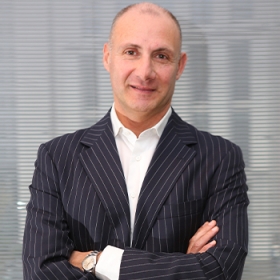 Antonio has spent most of its professional career abroad, first as Senior Consultant at the Milan and London headquarter of Coopers & Lybrand (currently PWC).

In 1993, following a job rotation programme in Goldman Sachs at the London office, he joined Morgan Grenfell and then Deutsche Bank, where he was Director into the Equity Capital Market as well as the Investment Banking division.

In 2001 joined Unicredit, assuming the role of Global Head of Equity Capital Market.

From 2003 to 2008 managed a Private Equity venture in London, where he was Founding Partner and served as Board Member of some industrial companies in which he invested personally.

With over 25 years of investment Banking experience Antonio has managed over 130 transactions contributing largely to the origination.

Antonio graduated in International Economy from Bocconi Univesity in Milan and visiting from the London School of Economics.

He was lecturer in the MBA programme at the Bocconi University in Milan and published articles of Finance and Macroeconomy.

He was Member of the Steering Committe at the Assobiotec- Federchimica Association in Milan.

He knows and speaks fluently Italian, English and Spanish.