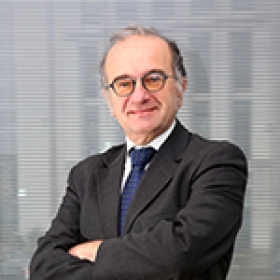 Marco joined Cassiopea Partners in mid 2012 and, in addition to his position in Cassiopea Partners, he is Partner at TCFG Lugano SA. Before joining TCFG, in 2003 Marco founded Eidos Partners that in solely six years became one of the leading Italian investment banking houses. From 2000 to 2003, following the acquisition of Schroders Corporate Finance business by Citigroup, Marco was Director of European Investment Banking at Citigroup, while from 1996 to 2000 he was Director Investment Banking at Schroder Italia SIM SpA, after working at Salomon Brothers International Ltd where Marco was Vice President in the investment banking division.

During his investment banking carrier Marco worked on several transactions including the restructuring of Parmalat, acquisition of Valentino Fashion Group, advisory to IRI and the Italian Treasury on the privatisation of Autostrade, Solvey’s acquisition of Ausimont  and Gruppo Riva’s acquisition of Ilva Laminati piani. Marco graduated in Industrial Technology engineering, specialising in organisational economics at the Politecnico of Milan and obtained both FSA and Series 7 approval respectively in 1990 and 1993.